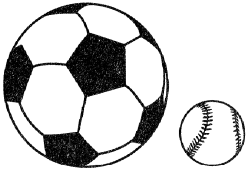 Being turned down by Katsuya the next week too, Yasuki was standing in the Toubousen platform at Chiba Station by himself when Kitaoka appeared.

“Hey, I don’t really care, but ever since this morning your hair has really been standing up, you know? Do you not look in the mirror?”

While he was trying to think of an excuse, the train arrived. They were going to be together until his stop after all.

‘What happens twice will happen a third’ is said, but he wondered if this was really a coincidence. The number of trains going away from Tokyo was small, but despite this up until now they had never been together when going home. Just here all of a sudden. He thought it was strange.

Four weeks had passed since the change of uniforms for the season before he noticed it. That day his prep school lectures ran long, and he just barely missed the usual train.

Passing quickly through the ticket gate, he ran down the staircase to the platform in a hurry. But while going down them, the cruel sound of the train leaving reached his ears. Somehow it seemed that he missed it by a hair’s breadth.

‘It can’t be helped,’ he descended the remaining stairs feeling like it was a waste of effort. Upon reaching the bottom, he recognized the uniform wearing girl sitting on a bench.

Silky hair and a short skirt. It was Kitaoka. The train had left only a moment ago, but tapping away leisurely at her smartphone, she didn’t appear to have missed getting on the train. It felt more like she had been sitting there since a while ago.

‘Could it be?’ Yasuki realized. Couldn’t she be waiting for him? Feeling like that was nothing but unimaginable, looking at her downcast look from the side he resolutely called out.

She looked over at him. When he entered her sight, for an instant, it looked like her eyes got thinner.1

He felt a prickle of pain in his chest. Then his heartbeat got faster and he was attacked by a breathlessness that he didn’t understand the cause of. However his attention was taken by the announcement by the platform, and when he looked back at Kitaoka, she returned to her usual sour look.

(Was it my imagination…)

Although she looked like she would smile at him, it seems to have been a mistake after all.

She spoke her complaint. From that brazen voice, he couldn’t feel a hint of deliberation.TL1 As soon as he heard that, Yasuki’s heart settled like before was a lie.

“No, well, the lecture ran a little long…”

While leaving that unfinished, Kitaoka pointed at the bench she was sitting on next to her things and said “For now, you should sit,” and started poking at her phone again.

Yasuki sat down on the bench and peeped at the side of Kitaoka’s face while her eyes never left the liquid crystal display in her hand.

‘…You’re late,’ he wondered if that meant that she was waiting for him after all. But since that wasn’t a welcoming attitude, the train before could have been packed or she was on another train and couldn’t get on that one,TL2 those things are also possible. He doesn’t understand this girl’s actions very well. He felt like just thinking was useless.

Yasuki breathed a sigh while looking up at the sky, and before long his gaze dropped to the tips of the sneakers he wore on his feet.

On the Allstars that Kitaoka returned that day the sole was getting pretty worn down, and soon it seemed that their role would end.

A short time later, the train going away from Tokyo showed up. There were two open spots near the entrance by chance, so Yasuki and Kitaoka could sit there. But the same as always, there was no conversation. Just why were they together, he wondered.

Even though Kitaoka is sitting next to him she mostly just played with her phone just like now. Rather than 10 minutes, two or three minutes of conversation would be good.TL3

She was definitely just lonely coming back from prep school by herself, there’s no mistake. This kind of girl isn’t good at doing things individually. That’s why even though he’s a classmate that she doesn’t normally talk to, it was better to wait for him than go alone. That’s what Yasuki reasoned.

When they passed the second station, Kitaoka finally put the thing in her hand in her bag and called out to Yasuki.

“Now that I think of it, the day after tomorrow is the ballgame tournament, though”

Yasuki’s high school said ‘In order to not interfere with studies’ the athletic festival is held in May. In exchange, there is an “autumn sports” ballgame tournament held in October. It seems that the reason is that the tournament requires less preparations. Because it’s between classes, some students get pretty fired up.

Every year the games are different. This year, third year boys are playing Soccer, while the girls are playing Volleyball.

The third year F class has a lot of boys, so they made them into two teams. For now, they are both aiming for victory, with Team A having gathered all the people who are good at sports, and all the remaining people, including Yasuki, in Team B.

“B, huh? You’re bad at exercise after all then?”

‘What’s with the “after all,”’ he thought while replying indifferently.

“No, not when you say it to that extent… but ball games are no good, I guess.”

In middle school he was a member of the track team, and he left reasonable results. That’s why he’s actually not as slow as he looked, but he wasn’t particularly proud of it either, so he was silent.

“The girls only have one team, so come cheer for us when you’re free.”

When Yasuki started to ask this question, Kitaoka opened her eyes like she was shocked.

“‘Why’ you say… we’re classmates, so it’s natural, isn’t it? More like, because you’re too distant from the girls”

The way she pushed him with convenient words like ‘Natural’ irritated him. If that’s the case, then are you guys gonna cheer for B Team’s match, he wanted to ask.

“So you say, but if it’s the girls, they wouldn’t be particularly happy if we came to cheer them on either, I bet”

Without thinking, he said that. If he went to the match of the girls who he’s originally not on good terms with, he didn’t really care whether they won or lost and it would bother the girls if a group of non-good looking guys came to stare at them, right? If that’s the case, then it should be best for both sides if they stay in the classroom and talk or play games to waste time.

To this, Kitaoka who originally seemed to be pouting, further knitted her brow and denied him.

“That’s not true at all though. That’s just you making a wall on your own. I think we all want to make friends just as much as anyone.”

“It is. You haven’t even talked, so there’s no way you could understand the other side. ‘Iijima kind of always hangs out it the classroom with the guys, maybe he doesn’t like girls’ is what they thought. That’s why the girls are afraid of and they can’t do anything.”

The unexpectedly sound answer hurt his ears. Of course, this girl was cruel in first year, but beneath the surface it was only for that weak reason. Since then more than two years have passed, maybe it’s time to change his way of thinking, he thought.

However, girls have strong sideways collaboration and they have things that they’re bad at too…TL4 Yasuki, who was still hesitating, had the back of his hand slapped by Kitaoka while she spoke.

“Anyways, you need to get along better with the girls. For that reason, definitely come and see at least once the day after tomorrow.”

The back of his hand stung. Even if she escalates her actions, because he was no match for her he couldn’t do anything but answer with “I understand”

[1] : May be supposed to mean like when you smile or something.